by Rasmus Hellmyrs
in Design
0

In many ways, the design language of Punk echoed the Dadaist style, though Punk was anchored with a pointed, political message against the tyranny of society and the disenfranchisement of youth. A use of aggressive collages, and experimental photography were its hallmarks.

“A use of aggressive collages, colours, and experimental photography were its hallmarks.”

These free-form, spontaneous design works incorporated pithy tag lines and seethed with anger in a way that Dada work never attempted to achieve. Punk actively moved away from the conformities of design, and was anti-patriotic and anti-establishment.

Punk established the do-it-yourself (DIY) ethos and stylized it with the angry anti-establishment mood of the mid 1970s, a time of political and social turbulence.

DIY style was considered shocking and uncontrolled. However, the influence on design has been far reaching and subsequently widely emulated.

Jamie Reid, a pioneer of the Punk style, developed the visual signature look for the Sex Pistols and many other punk bands.

His personal signature style was known for a collaged ‘ransom note’ typography that became a typographic style of its own. Reid cut letters out of newspapers and magazines, and collaged them together to be photographed. By doing this, he could see what he was creating as he went along, trying out different font styles and sizes and seeing the results instantly. Treating type as if it were a photograph also freed him from the restrictions of typesetting within a structured grid and allowed him to develop his ideas and concepts as he created. This unguided, process-free approach to design became a part of the Post Modern experimentation that was to come.

When Punk first exploded in the 1970s, it was deemed a youthful rebellion. In actuality, it was one of the many forms of visual expression that manifested as part of the Postmodernist movement that began as a reaction to the rigid restrictions of Modernism.

Post Modernism is still in use today, though selectively. The chaos created by our technological advancements needs to be balanced with the ease of accessing information. The Apple brand is a good example of a contemporary design approach that feels fresh and current, while delivering massive amounts of information in a clean and simple way. The Post Modern methods of built-in visual difficulty are less welcome in our data-saturated culture. 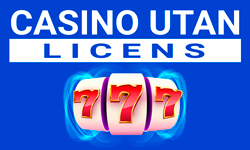